Basse Brings a Wealth of Experience to the VR Startup, Delivering Advanced Video, Blockchain and Distribution Technologies and Services to Creators and Corporations Worldwide

Building on Live Planet’s existing solutions — such as its end-to-end virtual reality (VR) video streaming and publishing solution and its blockchain-based video infrastructure platform, the VideoCoin Network — Basse will expand the company’s global footprint. He will be based in Los Angeles and report to Live Planet founder and CEO Halsey Minor.

“I’m absolutely thrilled to mark the next stage of growth for Live Planet with the addition of Hanno to our world-class team of media and technology experts. Hanno brings a truly unique level of senior experience to Live Planet that will be extremely valuable to us as we help our customers meet the increasing demands of streaming video and next-generation on-demand services,” said Minor. “The addition of a technology pioneer of Hanno’s caliber is emblematic of Live Planet’s strategic direction and I look forward to an incredibly exciting journey ahead.”

Appointed chief technology officer at 20th Century Fox Film Corp. in 2012, Basse has a proven track record of successfully establishing new products, formats and experiences in the entertainment industry. At 20th Century Fox, Basse was responsible for technology strategy for the film studio, covering production/post-production, theatrical distribution and home entertainment. He created industry-leading partnerships with Samsung, Ericsson and Barco, among others, which led to the founding of the Fox Innovation Lab. While at Fox, he also served as the first chairman of the UHD Alliance where he helped launch the 4K-UHD Blu-ray Disc format and, in partnership with Samsung, established High Dynamic Range (HDR) technology as a consumer product. He also served as the Fox board member of Movielabs.

Prior to 20th Century Fox, Basse was with DIRECTV, where he served as senior vice president of broadcast systems engineering. In that role, he was responsible for the design and implementation of DIRECTV’s broadcast infrastructure and served as the technical lead for the introduction of many innovative technologies to DIRECTV’s platform, including HD, 3D and on-demand services. Basse studied radio communications technology at the Engineering College of the Soviet Air Defense Forces in Kiev, Ukraine, and received his bachelor’s degree in electrical engineering from the Officer’s College of the Air Force in Kamenz, Germany.

“The media processing and distribution technologies Halsey and his team have built are among the most groundbreaking I’ve seen. They provide the basis for a new generation of solutions that media, telco and corporations will eagerly embrace as our world moves toward increased decentralization, higher-speed communication and edge-based compute,” said Basse. “I cannot wait to show the world what we will deliver next.”

Live Planet Inc. develops infrastructural technologies to transform the world of video toward a more compelling, controllable future for consumer and business applications everywhere. The company was founded in 2016 by serial entrepreneur Halsey Minor, a technology visionary behind notable successes including CNET, Uphold, Salesforce, Google Voice, OpenDNS and Vignette. Live Planet's initiatives include: 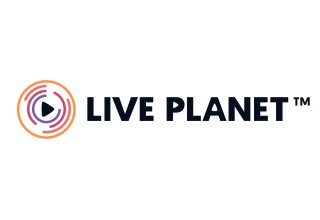 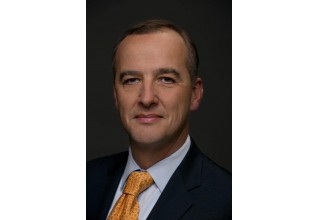