Dionne Warwick to Record With Chance the Rapper 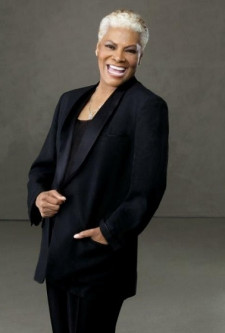 NEW YORK, December 7, 2020 (Newswire.com) - What started out as a positive exchange of words on Twitter is now resulting in an upcoming collaboration between Grammy-winning titans Dionne Warwick and Chance The Rapper.

Record producer/manager Damon Elliott, who earned his share of Grammy and platinum-selling success working with Pink and Mya - among others - will produce an upcoming single release he'd written, "Nothing's Impossible" with Ms. Warwick, Chance and other artists to be announced. Elliott is the son of Dionne Warwick.

"My Mom and I had a moment to speak with Chance after she Tweeted him about the word "The" in his name," explains Mr. Elliott. "They had such an amazing conversation that led to them discussing the Hunger Not Impossible initiative (www.notimpossible.com) - they'll receive portions of proceeds from her upcoming 80th birthday/holiday celebration which will be streamed live on Saturday, Dec. 12 at 7 pm EST. The result of our conversation with Chance is this new single we'll be recording soon and we're all looking forward to this collaboration."

As for Dionne Warwick's birthday/holiday live streamed festivities, she's looking forward to the event as well as working with Chance The Rapper to do her part to help eradicate hunger and starvation. "We're trying to make this something that will permeate the entire Earth, so that there are no more hungry people everywhere or anywhere," says Ms. Warwick.

'Be You Not Her' - Author Tonya Lewis Taylor Blazes Her Own Trail For Women's History Month
Double XXposure Media Relations - Mar 2, 2021

A Letter From Joaquin Dean, CEO of the Ruff Ryders to the Rescue Foundation
Double XXposure Media Relations - Feb 15, 2021