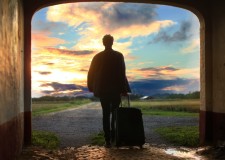 NEW YORK, August 6, 2020 (Newswire.com) - Americans are continuing to renounce their citizenship at the highest levels on record, according to research by the Enrolled Agents and accountants Bambridge Accountants New York.

·       It seems that the pandemic has motivated U.S. expats to cut ties and avoid the current political climate and onerous tax reporting

There are an estimated 9 million U.S. expats. The trend has been that there has been a steep decline over the last few years of U.S. citizens expatriating - the first six months of 2020 is a huge increase in the number of Americans renouncing their citizenship.

Alistair Bambridge, partner at Bambridge Accountants New York, explains: “There has been a huge turnaround during coronavirus of U.S. expats renouncing, where the figures have been in steep decline since 2017.

“The huge increase in U.S. expats renouncing from our experience is that the current pandemic has allowed individuals the time to review their ties to the U.S. and decide that the current political climate and annual US tax reporting is just too much to bear.

“For U.S. citizens living abroad, they are still required to file U.S. tax returns each year, potentially pay U.S. tax and report all their foreign bank accounts, investments and pensions held outside the U.S. For many Americans this intrusion is too complicated, and they make the serious step of renouncing their citizenship as they do not plan to return to live in the U.S.

“There has been a silver lining for U.S. expats that they have been able to claim the stimulus check of $1,200, and $500 for each child. For those individuals and families, the proposed second stimulus check will be very welcome once the HEALS Act is approved.