On October 8, 2015, the national broadcast of CBS This Morning included a feature story concerning recent lawsuits against Donald Trump in which consumers claimed that they lost millions of dollars for failed real estate investments associated with Trump. 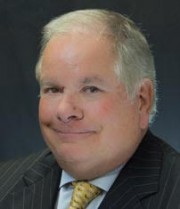 Irvine, CA, October 15, 2015 (Newswire.com) - On October 8, 2015, the national broadcast of CBS This Morning included a feature story concerning recent lawsuits against Donald Trump in which consumers claimed that they lost millions of dollars for failed real estate investments associated with Trump.

William Flint, one of the consumers who sued the Trump Organization, was the centerpiece of the feature. Flint was represented in the litigation by Michael FitzGerald and Eric Francisconi, partners of FitzGerald Yap Kreditor LLP, a full-service litigation and business law firm located in Irvine. FitzGerald and Francisconi represented several claimants in addition to Flint in litigation related to the failed development of Trump Baja Resort located on the coast of Mexico. The CBS This Morning feature also included footage from FitzGerald’s deposition of Donald Trump Jr.

In their Complaint on Flint’s behalf, FitzGerald and Francisconi claimed that Mr. and Mrs. Flint were lured to purchase a condominium in the Trump Baja Resort based on Trump’s advertised participation in the project and his assurances that the project would be the finest on the Mexican coast. But after the Flints deposited over $150,000 in response to the high-pressure tactics of the Trump Baja sales team, the project was never completed and the deposits made by Flint and the other consumers were never returned. The consumers later learned that Trump denied any involvement in the project other than licensing his likeness to the project’s developers for an up-front $500,000 fee. FitzGerald and Francisconi claimed on that Trump’s limited involvement should have been fully disclosed to potential buyers.

FitzGerald said, “We believe that the security laws apply to anyone raising funds on U.S. soil, and as a consequence full disclosure is required even though those funds are used for a Mexican development. That was the focus of this case, and we’re very pleased that our clients were satisfied with our efforts against such powerful defendants.”

The litigation was settled against all defendants, including the Trump Organization, despite a quote from a Trump speech at the beginning of the feature in which Trump said he doesn’t settle lawsuits because settlements breed more lawsuits.

In other high-profile litigation, FitzGerald and Francisconi also successfully represented in 2006-2007 the winners of $335 million in a Mega Millions lottery drawing who were sued by four other claimants seeking a share of the jackpot.

For more information about our law firm, please contact FitzGerald Yap Kreditor, LLP at (949) 788-8900 or visit our website at www.fyklaw.com.