A grassroots organization JADV- jemba.org was founded in 2007 by teenager Oston Jemba Madengue. Since 2007 Jemba has collected and distributed thousands of toys and gifts for victims of domestic violence. The organization sets up collection boxes at schools churches businesses & community spots. In 2014, Jemba went global with his toy drive as he studied abroad, he served Casa Della Donne in Rome Italy. Jemba is back and more driven than ever he is a college student, philanthropist on a mission!

Jemba Against Domestic Violence is a grassroots organization that helps domestic violence victims in South Los Angeles in times of need.

Since 2007 Jemba’s Toy Drive has collected and distributed thousands of toys for domestic violence victims living in shelters. J.A.D.V. has partnered with organizations like Project Peacemakers Inc., Peace and Joy and The Jenesse Center to bring awareness to the cause.

Please help by donating an item for newborns to teenagers. Gifts for teens are really appreciated, the teens are often overlooked. Let’s not forget about the moms many of these mothers are escaping unhealthy relationships with their children, leaving everything else behind to start a new life.

With help Jemba can spread a little joy to these families  during the  holiday season! 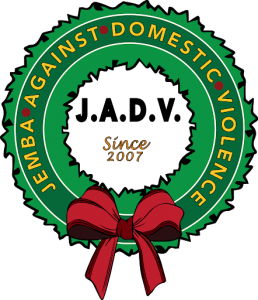 Jemba's 2014 Annual Toy and Gift Drive Goes Global
Jemba's Annual Toy Drive for Domestic Violence Victims has gone global. Founder Oston Jemba is a Freshman at John Cabot University in Rome Italy. 2014 marks the global launch of Jemba's drive, He i collecting toys and gifts in Los Angeles and Rome
Jemba Against Domestic Violence - Dec 6, 2014
Help Me Fulfill My Dreams of College
This young man is on a mission he not rich but that is not stopping him from reaching for his dreams. Oston's motto is No matter how young no matter how poor we can all make a difference. Now he wants to make a difference in College
Jemba Against Domestic Violence - May 9, 2014
Newswire