Iron Gaming, Inc., a Chattanooga-based gaming tournament provider, introduces a brand new software platform at 2050 Daytona Beach and the IG Daytona eSports Tournament that will transform how gamers, industry leaders, educational organizations and gaming industry organizations connect and interact with one another. 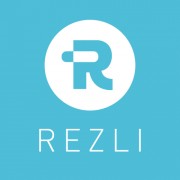 Chattanooga, TN, October 30, 2015 (Newswire.com) - Cory Allison, Iron Gaming’s CEO, spearheaded the direction of this software application when she took the helm of the company in late 2014 and remains one of the few female Chief Executive Officers in the gaming industry.  “We are thrilled to release the beta version of our product, Rezli, at 2050 Daytona Beach,” Allison said. “Rezli is the result of several years of learning and dissecting the challenges and opportunities facing the gaming industry.  Rezli is a tool that will allow gamers of all ages to connect their skill-sets with actual career opportunities.”

Iron Gaming partnered with San Francisco based Ruby on Rails software consultancy, Carbon Five, to initiate the development of Rezli. Carbon Five opened up a second office in Chattanooga, where Senior Account Manager Alex Cruikshank created a team of Ruby developers in the heart of the Gig City. Iron Gaming is one of the first Chattanooga companies to partner with Carbon Five on a product build of this magnitude.

"Rezli is a beautiful app. Iron Gaming has worked hard to find the right connection between gamers and the game industry,” Cruikshank said. “They have taken full advantage of Carbon Five’s specialization in providing technical competence while maintaining enough flexibility to find the right market.”

In addition to partnering with Carbon Five, Iron Gaming is teaming up with 2050 Events Inc., a Daytona Beach Florida based multimedia and multi-genre event executor to host a large scale eSports tournament in the Ocean Center Arena during the 2050 Daytona Beach convention, October 30th - November 1st 2015. The tournament will include over $15,000 in prize pool winnings for game titles featuring Halo 5: Guardians and Call of Duty: Advanced Warfare as well as a Free-For-All Halo 5: Guardians tournament with a base prize pool of $250 open to all spectators and 2050 event ticket holders.

Cassie Courtney, director of operations at Iron Gaming, shared, “IG Daytona is the largest tournament Iron Gaming has produced to date and we are excited to introduce our product to our teams and our community at the event.”  All teams participating in the tournament and 2050 VIP ticket holders are invited to experience a sneak peek of Rezli at the IG VIP Kick-Off Party, hosted in the Ocean Center Arena on Thursday, October 29th from 8 p.m. to 10 p.m.. Teams looking to purchase tickets to play in the tournament can visit, events.irongaming.net.

Iron Gaming, Inc. was founded in 2012 as a tournament provider focusing on providing exceptional tournaments and events for armature and aspiring pro-gamers. Based in Chattanooga, Tennessee, Iron Gaming has partnered with gaming industry leaders such as 343 Industries, Hi-Rez Studios and Twitch in an effort to provide exceptional tournaments for gamers. Iron Gaming plans to provide solutions to further the growth and development of gamers of all ages.

Iron Gaming, Inc. Be A Part Of The Game