Retired economist, Dr. Tommy Hammer, has released his first novel, "Moonbow." At stake are reproductive rights and a gender identity policy in a standoff between patriarchy versus matriarchy. Dr. Hammer says he wrote "Moonbow" because progressive values place a society at a reproductive disadvantage relative to societies that embrace traditional values. 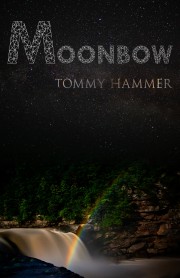 Moonbow starts with the U.S. in a demographic crisis at an indefinite future time. Protagonist Donovan Bell is leading a Senate committee's efforts to render the population sustainable and thus hold off the world-dominating Caliphate by legislation reducing the male share of births. At stake are reproductive rights and a gender identity policy in a standoff between patriarchy versus matriarchy.

Donovan is kidnapped and then enslaved by right-wingers, romances a girl with whom he cannot speak, manages to escape after growing both muscles and cohones, goes back for the girl, and manages to save the world's future males in a war between Revelators and Techniks.

When asked why he wrote this book and why it was important, Dr. Hammer replied, “Unless some physical calamity gets us first—which is certainly possible—human progress will encounter a demographic limit. This limit will exist because traditional values, with accompanying cultural atavism, will always outbreed progressive values. In a simple tale about a future society facing demographic overthrow, Moonbow explains the counter-reproductive impact of progressive values by exploring basic aspects of the male condition that today's intellectual orthodoxy has resolutely ignored.”

To summarize, progressive values place a society at a reproductive disadvantage relative to societies that embrace traditional values.

Moonbow does not on this account advocate an abandonment of progressive values and attitudes, which would mean throwing away a lot of what we live for. It simply points out that there's a long-term demographic dilemma and attributes the origin of this dilemma to basic aspects of the male condition. Though it invokes a far-fetched scenario to create a happy ending, Moonbow does not offer a real solution or imply that one must exist.

Dr. Tommy Hammer received his Ph.D. from Penn in 1971 and worked thereafter as an independent economic consultant. He has served an impressive list of clients, including the U.S. Navy, General Electric, the DOE, Sandia National Laboratories, the Ford Foundation, the Mott Foundation, and the NSA, along with a myriad of state and local governments. Dr. Hammer and his wife, a retired college professor, now reside in North Carolina.

Professional self-publishing services where you retain all rights and royalties.