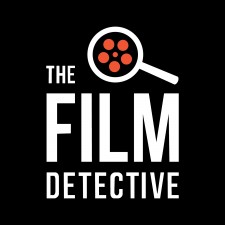 ROCKPORT, Mass., July 28, 2020 (Newswire.com) - The Film Detective (TFD), a classic media streaming network and film archive that restores and distributes classic films for today's cord-cutters, is proud to announce that its library of rediscovered classic film and television content is now available to stream via Plex, the popular streaming platform for all media.

The Film Detective joins the expansive Plex catalog as a convenient, cord-cutting streaming option, available across a wide range of devices, including iOS, Android, Roku, Amazon Fire, Apple TV, and more. Viewers will be able to both tune into the live linear channel offered by The Film Detective on the new Live TV on Plex or stream their favorite titles anytime on Plex on demand.

“We are proud to be partnering with our fellow cord-cutters at Plex,” said Phil Hopkins, founder of The Film Detective. “We are excited for the opportunity to expand the reach of classic film and television and increase the availability of our content to Plex users.”

The Film Detective on Plex will include a carefully curated library of multiple genres, including classic westerns, thrillers, film noirs, and comedies. Film noir fans will enjoy a robust collection of one of cinema’s most iconic genres, including femme fatale Barbara Stanwyck in The Strange Love of Martha Ivers (1946), Edmond O’Brien in D.O.A. (1949) and Hedy Lamarr in Dishonored Lady (1947).

Film Noir is one of many genres cinephiles will enjoy on The Film Detective channel via Plex. Favorite classics from the Old West will gallop onto screens, including Susan Hayward in Tulsa (1949) and Roy Rogers in Young Buffalo Bill (1940). Mystery buffs will be able to solve the case alongside Basil Rathbone in Sherlock Holmes classics including The Woman in Green (1945) and Dressed to Kill (1946).

The Film Detective features collaborations with esteemed partners including Something Weird Video, Trailers From Hell, the British Film Institute, Kit Parker Films, VCI Entertainment and Independent-International Pictures. The Film Detective is also augmented with original trailers and documentaries, narrated by former host of "The Movie Loft" Dana Hersey. Whether comedies, thrillers, westerns or anything in between, fans will be able to share in the classics they grew up loving and unearth titles they have never seen before, all from the same channel.

The Film Detective is a leading distributor of restored classic programming, including feature films, television, foreign imports, and documentaries. Launched in 2014, The Film Detective has distributed its extensive library of 3,000+ hours of film on DVD and Blu-ray and through leading platforms including TCM, NBC, Amazon, PBS, and more. The Film Detective has released its classic movie app on web, Android, iOS, Roku, Amazon Fire TV, and Apple TV and is available with a 24/7 live channel on Sling, STIRR, Plex, and DistroTV.