The Reel Women in Technology (Reel WiT) Award for the best portrayal of a leading woman in technology is presented by the Geena Davis Institute on Gender in Media, Google, and the National Center for Women & Information Technology (NCWIT).

May 17, 2016 (Press Release) - The National Center for Women & Information Technology (NCWIT) announced today that Lucasfilm Creative Executive Rayne Roberts and CodeGirl Filmmaker Lesley Chilcott will accept the inaugural Reel WiT Award this morning at the 2016 NCWIT Summit. The awards ceremony will be available to watch at ncwit.org/livestream at 11:30 a.m. PDT.

The Reel WiT Award (ncwit.org/reelwit) recognizes the best portrayal of a leading woman in technology from a program (e.g. documentary, TV show, film, YouTube, etc.) who serves as a role model for girls and women with computing aspirations while disrupting the stereotypes of female ingenuity in technology fields.

"While many technology corporations are working to improve their diversity numbers, it's equally important for individuals to recognize and address their biases and perceptions of women in computing," said NCWIT CEO and Co-founder Lucy Sanders. "The media has a profound impact on societal attitudes. By elevating inspirational female characters and real-life women in tech, this award encourages girls and women to see themselves as innovators."

The 2016 Non-fiction Winner is CodeGirl, accepted By Lesley Chilcott, Filmmaker, CodeGirl. "CodeGirl" follows teams of high school-aged women who compete in Technovation, an entrepreneurship contest that challenges girls and young women worldwide to build a mobile app that addresses a community problem. The documentary captures how exposure to computing can empower young women to solve a variety of dire social issues and transform their lives.

"Our research has shown that there is a 15:1 ratio of male to females characters depicted with STEM careers in family films, prime time and children's TV shows," said Geena Davis Institute on Gender in Media CEO Madeline Di Nonno. "It may take years to achieve actual gender parity in STEM, however in media, we can create an abundance of female characters in STEM overnight. We're honored to be founding partners with Google and NCWIT of the Reel WIT Awards."

"It's been an absolute pleasure partnering with the Geena Davis Institute on Gender and Media and NCWIT on such an important award to recognize inspiring portrayals of women in tech," said Daraiha Greene of Google's CS Education in Media team. "It's absolutely crucial that we use storytelling and the media to influence diverse audiences to pursue CS. We're proud of the work of all the nominees and encourage more films/tv shows to challenge what it means to be a woman in technology. Congratulations to CodeGirl and Star Wars!"

About the Geena Davis Institute on Gender in Media
Founded by Academy Award®-winning actor and advocate Geena Davis, the Institute is the only research-based organization working within the media and entertainment industry to engage, educate, and influence the need to dramatically improve, gender balance, reduce stereotyping and create diverse female characters in entertainment targeting children 11 and under. Find out more at seejane.org/.

About Google Inc.
Google's mission is to organize the world's information and make it universally accessible and useful, and our approach to computer science in media is an extension of that mission. We are committed to increasing CS opportunities for all -- regardless of gender, ethnicity, geography, or socio-economic level -- and aim to inspire young people everywhere not just to use technology, but to create it. For more information, visit g.co/csedu.

About NCWIT
The National Center for Women & Information Technology (NCWIT) is a non-profit change leader network of more than 700 universities, companies, non-profits, and government organizations nationwide working to increase women's meaningful participation in computing. NCWIT equips change leaders with resources and platforms for taking action in recruiting, retaining, and advancing women from K-12 and higher education through industry and entrepreneurial careers.

The three-day 2016 NCWIT Summit convenes more than 700 change leaders from the NCWIT community of educators, entrepreneurs, corporate executives, and social scientists who recognize the lack of women and other underrepresented groups in computing is a crisis affecting U.S. innovation and workforce competitiveness. The Summit fosters conversations around strategies for improving inclusion and diversity in computing. Find out more at www.ncwit.org/summit. 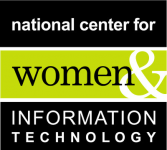