Stange Law Firm, PC is proud and honored to have multiple lawyers on the lists for family law published Missouri and Kansas and Illinois Super Lawyers Magazine in 2016. 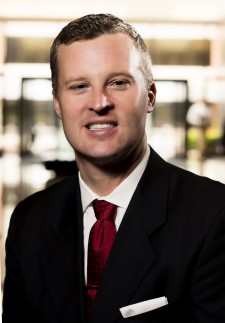 The three recently listed as Rising Stars include Paola Stange, Founding Partner of the firm, Jillian Wood, Partner, and Jonathan Glassman, Regional Team Leader. They are all ecstatic and honored to be on the list.

Kirk Stange is a Founding Partner of Stange Law Firm, PC. Kirk is licensed to practice law in Missouri, Kansas, and Illinois. Kirk earned his Juris Doctorate from the University of Missouri - Columbia School of Law. Kirk has been practicing Divorce and Family Law in St. Louis since 2000.

Kirk Stange is honored to have been selected for the second consecutive year to the list of Super Lawyers for Family Law.  Every year, Super Lawyers selects attorneys from all firm sizes and over 70 practice areas throughout the United States. Super Lawyers selects attorneys using a patented multi-phase selection process. Peer nominations and evaluations are combined with independent research. Each candidate is evaluated on 12 indicators of peer recognition and professional achievement. Selections are made on an annual, state-by-state basis. The objective is to create a credible, comprehensive and diverse listing of outstanding attorneys that can be used as a resource for attorneys and consumers searching for legal counsel.

Paola Stange received her Juris Doctorate from Emory University School of Law in Atlanta, Georgia. Paola Stange is licensed to practice law in Missouri. Paola is a  Founding Partner who has worked hard to help the firm consistently grow since they opened their St. Louis family law firm in 2007.  Over time, Stange Law Firm, PC has become one of the fastest growing divorce and family law firms in the Midwest, including being named the 58th fastest growing law firm in the United States by LawFirm500.  In 2016, Stange Law Firm, PC opened their Lee's Summit Office and Kansas City (by appointment only) office where they have Kansas City, Missouri Divorce Lawyers.

Jillian Wood Jillian received her Juris Doctorate from Saint Louis University. She is a partner managing the Illinois offices and the Arnold, Missouri office. She also helps manage the St. Charles, Troy and Lee's Summit Offices with Kelly Davidzuk.  She is based out of the firm’s Belleville office. Jillian is licensed to practice in both Missouri and Illinois.

Jonathan Glassman received his Juris Doctorate from Washington University School of Law. He is a Regional Team Leader at the firm where he assists in managing the Clayton, West County, Union, Columbia and St. Louis City (by appointment only) offices with Partner, John Kershman.

Note: The choice of a lawyer is an important decision and should not be based solely upon advertisements. Kirk C. Stange is responsible for this content. Principal place of business 120 South Central Avenue, Suite 450, St. Louis (Clayton), MO 63105.

Stange Law Firm, PC is a divorce and family law firm with 18 locations across the Midwest in Missouri, Illinois and Kansas.