GEORGETOWN, Texas, October 19, 2018 (Newswire.com) - Central Texas Powersports (CTP) was organized by Steve Littlefield, an industry veteran of five decades, along with his wife Teresa. Steve grew up in Wichita Falls, Texas, and started his career washing dishes at a local BBQ restaurant. He became interested in motorcycles and purchased his first bike, a ‘66 Honda S90.

When Steve was not in school or washing dishes, he was hanging out at the local Honda dealership begging for a job. In 1966, when he was just 16 years old, he was finally given the opportunity to take an ICT (Industrial Cooperative Training) class through his high school at a local Honda dealership to learn about the motorcycle mechanic trade. After graduation, he worked for another small dealership in the area from 1968-1981 as a motorcycle technician.

In 1981, Steve opened his first motorcycle store, which offered parts and accessories along with service. The store continued to do business for 10 years. In 1990, Steve went back to the first dealership where he previously had worked and purchased 50 percent ownership in that dealership. His business partner just happened to be Eddie Hill, a champion racer for the NHRA and SDBA series. In 2004, Steve sold the 50 percent back to Eddie and moved to Georgetown, Texas, in pursuit of a local Yamaha and Suzuki dealership, adding Kawasaki in early 2005.

Business boomed and he purchased land and built the current flagship Central Texas Powersports facility in 2008, allowing him to add BRP products. In 2009, he purchased the local Polaris dealership and in 2010, the local Honda dealership. Teresa has been involved in nearly all aspects of Steve’s business and Steve states that he would not be where he is today if it wasn’t for all of Teresa’s help. She is also the one to credit for all the delicious cookies and other treats visitors would find at the dealership.

Steve had essentially seen it all after five decades in the powersports industry and persevered through all of the market swings. Upon his decision to retire, he reached out to Powersports Listings M&A from recommendations from several industry associates. The transaction advisement was led by Powersports Listings M&A CEO Tom Macatee, who identified the predominant industry dealership operators owned by Bill Coulter, Mark Tkach and Robert Dodson as the ideal strategic acquirer. APS OF GEORGETOWN LLC has taken over the dealership operations as of Tuesday, Oct. 17, 2018.

Steve Littlefield noted at the transaction closing, "I was really impressed with how smoothly the closing went with Tom Macatee and David Clay on site at my dealership for the final reconciliations and signing. I greatly appreciated their time and attention on my deal as with seven manufacturer lines, this transaction required a lot of time and energy to complete. I would recommend their services first and foremost for any owner considering retirement."

Powersports Listings Mergers & Acquisitions (PLMA), the professional powersports industry dealership brokerage, specializes in intermediary services to buyers and sellers of Harley-Davidson, powersports, RV and marine dealerships. The company is an independent affiliate of the Sunbelt Network, the largest and most professional business brokerage network in the world servicing privately held companies.

The PLMA difference is that its clients get the benefit of a truly professional firm with an unmatched domestic and international footprint that reaches far beyond that of an individual broker. Our Sunbelt affiliation provides us with proprietary technologies, world-class training and the scale of the organization, which sells more businesses than any other in the world. We provide all of this to Harley-Davidson, powersports, RV and marine dealership owners on a success fee basis.

The PLMA team has over 70 years of combined powersports industry experience, and our firm has arguably handled the successful sale of more powersports dealerships than any other in the world. Our relationships run the spectrum from the industry manufacturers, distributors, dealers and consumers which keeps us highly networked in order to identify strategic buy/sell opportunities. At the same time, our network and technology span worldwide to assure that the highest and best buyer may be located whether currently in a motor vehicle dealership business or from some other line of industry. 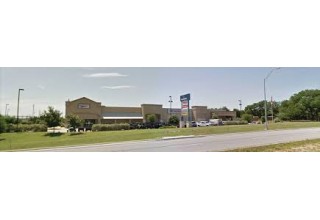 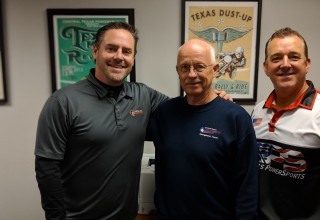 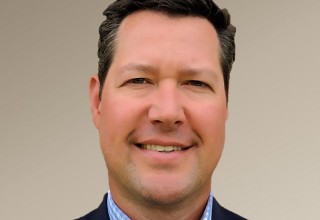