Master P Biopic Gearing Up for a Summer Production, Queen Latifah and Wendell Pierce Come Together to Tell This Southern Historical Story 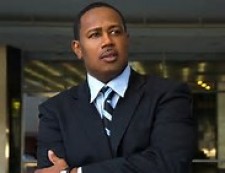 The film, King of the South will film primarily in New Orleans. It is important to Percy for the film to have an authentic feel and look. Keeping in the tradition of The N.W.A. story, Notorious, the story of Biggie Smalls, and Tupac’s “All Eyez On Me”, audience goers will experience the actual neighborhoods Percy grew up in, from his local elementary schools to the Calliope Projects.

Master P changed the music game in the 90’s with an eighty-twenty distribution deal with Priority records, the first of its kind. Selling over one hundred million records independently, making No Limit one of the most successful Hip Hop labels to date. “We have so much respect for what P has done in the game, we want to help make sure that his story is told authentically with A-list talent," says Shakim Compere, Latifah’s partner. “This is a great role for Queen Latifah, Master P had an amazing story and has broken a lot of barriers in hip-hop, paving the way for artists to make real money. King of the South is a real rags to riches story where moviegoers will leave the theaters inspired,” continued Compere.

The story is very compelling and encouraging. From his very humble beginnings in one of the toughest neighborhoods in the country, The Calliope Projects, to making it on the Forbes top one hundred list. The King of the South will take you on Percy’s journey. “The timing is right for me to tell my story, it was tough back then especially being from the South, New Orleans was the murder capital at the time. I want others to learn from my mistakes and understand my work ethic of never giving up, no matter what it may look like,” said Miller. “If you believe in yourself, keep your faith in God strong and stay close to your family, you can accomplish anything. Life is about choices, there’s no limit to your success if you work hard. I would like to give New Orleans natives an opportunity to play major roles in this film, I want the movie to have an authentic feel. I believe there are so many talented actors and actresses that just need a shot,” continued Miller.

I Got The Hook Up 2 is the Number One Urban Film in the Country
Theater average higher than big-budget films, top ten on iTunes and Amazon
gprdiva - Jul 19, 2019
Newswire