Lisa Vanderpump's 'Road to Yulin … and Beyond' Documentary: Exclusive Release on Prime Video

LOS ANGELES, March 28, 2018 (Newswire.com) - Lisa Vanderpump, philanthropist, entrepreneur and television star of "The Real Housewives of Beverly Hills" and "Vanderpump Rules," announces that her documentary "The Road to Yulin … and Beyond" is scheduled for an exclusive release on Prime Video on March 28, 2018.

The documentary, a first for Vanderpump and her husband Kenneth Todd, covers the last two years of their 501(c)(3) non-profit The Vanderpump Dog Foundation’s mission trips to China to expose the torture that occurs during the annual Yulin Dog Meat Festival. Led by their business partner and the executive director of the foundation Dr. John Sessa, the film gives an in-depth look at the dichotomy between the empathetic, companionship-based human/canine relationships exhibited in many countries and the horrific and brutal interactions that dogs face in parts of the world that have an unrestrained dog meat trade.

Tuesday’s episode of Bravo’s "The Real Housewives of Beverly Hills" highlighted the documentary and featured its world premiere at the LA Awareness Festival, where it subsequently won the Audience Award. The popular reality TV show helped draw attention to the horrific acts happening each year at the Yulin Dog Meat Festival. “I am happy that Evolution Media and Bravo have continued to support and follow this journey as we try to put an end to the Yulin Dog Meat Festival. With this platform, I hope to not only bring more attention to what is happening in Yulin but also educate and inspire a new generation to fight this barbaric practice,” said Lisa Vanderpump.

Through the harrowing first-hand accounts of the festival by Dr. John Sessa that include brutal acts of animal cruelty, moments of hopelessness in the slaughterhouses and the incredible bravery of local activists on the ground, “Our hope for the documentary is to raise global awareness about the important issues it explores. I thank Prime Video for distributing what has been one of the hardest, yet rewarding journeys of my life,” said Executive Director Dr. John Sessa. “With the release of this film on Prime Video, we hope to raise awareness and support, not only nationally, but around the world, so that we can finally end these inhumane practices,” executive producer of the film, Kenneth Todd, said of the documentary release on Prime Video.
The documentary credits Lisa Vanderpump as producer; Kenneth Todd as executive producer; Pandora Vanderpump Sabo as producer and co-writer; and Dr. John Sessa as producer, co-writer and director.

The film features an original song “(We All Are) Looking for Home,” written by Diane Warren and performed by Leona Lewis.

"The Road To Yulin … and Beyond" is now available with an exclusive release on Prime Video. The film is available to stream with a Prime subscription and also available for rental and purchase at:

The Vanderpump Dog Foundation is a 501c3 non-profit dog rescue organization, working on both a domestic and international front to help create a better world for dogs globally. In 2015, founders Lisa Vanderpump and Ken Todd began the long journey towards trying to stop the barbaric torture practices at the Yulin Dog Meat Festival and end the dog meat trade in Asia. Together with their partner Dr. John Sessa, they launched the campaign Stop Yulin Forever, which ultimately led them to create The Vanderpump Dog Foundation. The movement gained momentum and has inspired activists all over the world to work towards ending the Yulin Dog Meat Festival and encourage more humane treatment for dogs worldwide.

The Vanderpump Dog Foundation was formed to not only aid in ending this international atrocity but to also better the lives of dogs domestically. The United States faces many problems of its own, including dog overpopulation, abuse, neglect and lack of education with regards to spaying and neutering pets. With the opening of their new Vanderpump Dog Rescue Center in Los Angeles, The Vanderpump Dog Foundation aims to reduce these problems within California and beyond, as well as continue their national and international campaigns built on a platform of education, legislation and activism. 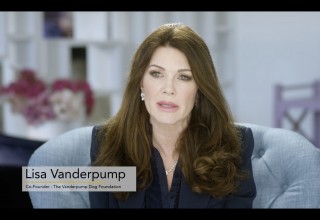 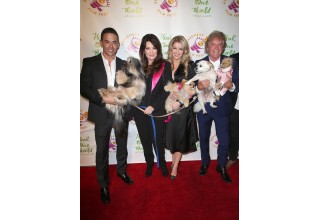 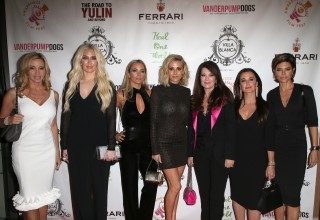 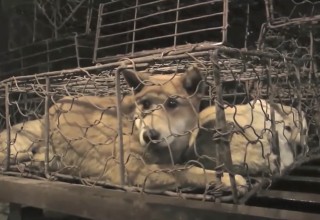