Up and coming artists expect to collaborate more in the future. 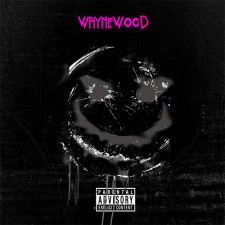 Waynewood dropped his first eight-song album, titled "Just Smile," on Christmas Eve. "Just Smile" contains previously-released singles such as, "My Voices Told Me You Want to Hear This" and "I Am Dead." According to Dustin LeBleu, Owner of Insane Labz Music, “Waynewood was ready to start recording before the ink was dry, and we expect 2019 to be a huge year.”

JavyDade, who signed in November, released his second single, "DaWave 2.0," behind his already popular hit "UP UP and Away." LeBleu says, “We’re excited to get this second single of Javy’s released and expect listeners to be just as impressed with his talent as I am. Javy works tirelessly on perfecting his music, and you can hear it in every song.”

LeBleu went on to say “Waynewood and JavyDade have already drawn a large following on music platforms, including Spotify and iTunes, and are exceeding our expectations for such new artists. We expect to release a third JavyDade single, "When it Rains" (featuring Waynewood), the first week of 2019. Combining these talents only makes sense and will help propel both them and Insane Labz Music to new heights in the coming year.”

Tags: DaWave 2.0, hip hop, I am dead, insane labz, insane labz music, javydade, just smile, my voices told me you want to hear this, rap, up up and away, waynewood, when it rains