The haulm desiccation in potatoes has developed into a complex process over the last few years. In addition to the actual termination of plant and tuber growth by siccation of the potato plants, it also takes further physiological aspects of product quality into account. Against this backdrop, the uncertainty about the pending reapproval of the active ingredient Diquat has led to the fact that the potato industry, and in particular the “Fachkommis-sion Technik der Union der Deutschen Kartoffelwirtschaft” (Technical Commission of the Union of the German Potato Industry) (UNIKA), made an effort to identify innovative solutions for haulm dessication at an early stage. Overall, the approach using siccation with a high-voltage electrical current showed the greatest chances of success. In a project (ElektroSiKa) funded by the German Government's special purpose fund held at the Landwirtschaftliche Rentenbank, the Lower Saxony Chamber of Agriculture and the system manufacturer Zasso GmbH, Aachen, have been investigating the first deployment of this purely physical haulm desiccation process in potatoes since late summer 2017. The assessment criteria of the trials carried out at the test station in Dethlingen include not only the actual siccation, but also its effects on the outer and inner quality of the crop as well as the shelf life of the tubers. The method, which has so far been used exclusively in weed control, is based on the fact that an electrical current is introduced into the leaves of the plants as a high-voltage direct current via a flexible metal applicator and then flows systemically through the stems as well as near-surface root areas right down into the soil, and the circuit is then closed with a second applicator. The high voltage causes cell walls to be destroyed, which interrupts the water transport in the vascular bundles as well as impairs the photosynthesis apparatus.

The first results from a randomized plot trial at the Dethlingen test station with nine haulm desiccation variants in two potato varieties have shown that haulm desiccation with the Zasso Electroherb method leads to comparable degrees of plant drying, both with and without haulm topping, in only one pass. The sugar, starch and glycoalkaloid contents all showed no changes. The germination behavior of the physically haulm desiccated potatoes is also within the range of the known desiccation processes. This confirms the basic functionality of the Zasso Electroherb method for reducing haulm in potatoes, with the inner and outer quality of the tubers to become the focus of further experiments in 2018. In order to systematically minimize the risk of possible impairments to the tuber quality, the exact experiments will be extended to other varieties and different soil moisture levels in the cultivation period 2018. Practical applications on larger areas are also planned, in order to better understand the fundamental influencing factors on siccation and quality as well as to further develop and minimize the required energy dosage. The main aim is to achieve the greatest possible concentration gap between the dosage for the desired main effect and the additional effects when overdosed and thus to provide a robust distance for practical field use. In this context, Zasso will employ a new generation of modular and small-area self-controlling high-voltage units for the test year 2018.

The project partners expect a large range of further insights from the 2018/2019 test season, also with regard to the necessary energy requirements, the potato quality and the effort for the desired general reduction of food and environmental pollution through this residue-free physical process. It is planned to present the Zasso Electro-herb method to a wide audience of experts at the PotatoEurope (12 to 13 September 2018, Rittergut Bockerode, near Hanover), as part of a special show on alternative haulm desiccation processes in potatoes.

Zasso would already like to take this opportunity to thank all those involved for the excellent, trusting and highly competent cooperation in the promotion of innovative developments for a future-oriented agriculture.

crop.zone The mission of crop.zone GmbH is to enable sustainable CO2 binding in the soil with-out having to rely on total herbicid 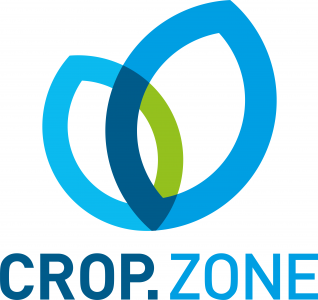 Michiel De Jongh Will Join the crop.zone Advisory Board
crop.zone GmbH (Aachen-Germany) is pleased to announce the expansion of its advisory board. This board helps shape and guide the strategy of crop.zone hybrid herbicide, working closely with the leadership team to capitalize on future growth opportunities.
crop.zone GmbH - May 12, 2020

Zasso Digital Herbicide Today Announced Adrian Percy as a New Member of Its Advisory Board
Zasso is pleased to announce the expansion of its Advisory Board.
crop.zone GmbH - Feb 12, 2019