Mr. Donald Guloien recently retired as the President & CEO of $1 Trillion (AUMA) Manulife Financial (parent of John Hancock in the USA), one of the largest insurance and asset management companies in the world. 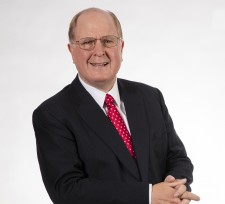 PALO ALTO, Calif., July 30, 2019 (Newswire.com) - www.Trust.Science.com USA Inc., a leading provider of AI-powered Underwriting support known as Credit Bureau 2.0™, is thrilled to announce an equity investment by Donald Guloien, the previous President and CEO of Manulife Financial (parent of John Hancock in the USA), one of the largest insurance and asset management companies in the world.

During his 36 years at the company, Mr. Guloien participated in the consistent growth of Manulife and John Hancock across the United States, Canada, and Asia, reaching over $1 trillion of assets under administration and a $50 Billion market cap. Manulife was not only financially successful under Mr. Guloien’s leadership--soundly beating benchmark indices--but it was also a multiple award-winner such as #1 Trusted Brand and Most Admired Corporate Culture. Personally, Mr. Guloien’s own leadership did not go unnoticed, being voted as one of the Highest Rated CEOs by Glassdoor.com and awarded the Queen Elizabeth II, Diamond Jubilee Medal.

Since retiring, Mr. Guloien has begun “investing in early-stage companies with truly exceptional ideas...” through Guloien Capital. Mr. Guloien goes on to say, “Trust Science addresses a fundamental issue that companies deal with all the time: how to assess the reliability and creditworthiness of individual customers and counter-parties. This issue is even more daunting when dealing internationally, where conventional scoring may be inconsistent, unreliable or completely unavailable. This rapidly-growing service seeks to level the playing field for all the world's citizens to be fairly considered for commercial transactions.”

Trust Science CEO, Evan Chrapko, comments, “It is truly a privilege to have someone of Mr. Guloien’s caliber and discipline help with our explosive growth. Donald’s previous experience, advice, and contacts will be invaluable as we expand the reach of Credit Bureau 2.0™ around the world and into other verticals. He has already opened doors, at the highest levels, that were previously impenetrable.”

Trust Science provides easily-explainable, AI-powered decision support to underwriters. Trust Science sifts prime borrowers and insurance applicants from wrongly-scored subprime applicants in a legally compliant manner. Trust Science informs its ML engine by gathering inclusive, alternative, unstructured data, and consumer-consented data from – among other sources – their mobile phones. An applicant’s social map is part of the uniquely powerful matrix of insights that Trust Science has developed which helps underwriters with both decisioning and also with marketing outreach. Credit Bureau 2.0™ creates a globally-patented* measure of Trustworthiness that is applicable across many different industries and countries. For more information please visit https://www.TrustScience.com.

* 31 patents granted by 12 countries including the U.S., China, Japan, Israel, and Mexico. The patent estate has been successfully deployed in adversarial actions launched by Trust Science.