The group's executive director, Laura Hovind, and associate Lahra Tillman also recently presented to Food & Drug Administration (FDA) officials and the Massachusetts Board of Registration in Medicine (Mass BORIM) to explain how data shows the Lyme disease diagnostic method was manipulated, resulting in severe patient harm over the last 27 years.

"Health officials at all levels should be very concerned that patients were left out of the equation when changes to the diagnostic method were implemented in 1995," said Tillman.

Lyme disease is a bacterial illness caused by the bite of an infected tick. TruthCures claims the diagnostics are wholly inadequate because they detect only a small minority of cases predisposed to developing "Lyme arthritis," a less-severe manifestation of the disease. They cited published scientific literature and historical federal documents and meeting transcripts that indicate the sicker Lyme disease cases are immunosuppressed and test falsely negative by the criteria that have been in place for nearly three decades.

The presentation included documents obtained through the Freedom of Information Act (FOIA), as well as results of an independent analysis by a diagnostics regulatory expert, indicating there may have been irregularities with the process by which Lyme disease diagnostic tests were relabeled in the late 1990s.

"Our presentation demonstrates the 'daisy chain' effect that happens when one bad diagnostic device is FDA-cleared, and subsequent inaccurate tests obtain approval by virtue of 'substantial equivalence' to the original bad device," said Hovind. "It's the same problem we've seen with other daisy-chained medical device approvals in recent years, such as hip implants and vaginal mesh, which were brought to light in the award-winning documentary, 'The Bleeding Edge.'"

Last fall, FDA investigators agreed to open an investigation of the manipulated diagnostic standard and coordinate with other agencies to evaluate related accepted standards which TruthCures claims also are inadequate.

Hovind said she welcomes inquiries from any agency or organization interested in learning more about the issues and data covered in the presentation. "Our top priority as a patient-centered advocacy organization is to clear the way for accurate tests so the millions suffering this devastating disease can get the diagnosis and treatment they need."

TruthCures is a registered 501(c)3 nonprofit organization dedicated to restoring a valid case definition for Lyme disease so all affected people can be accurately diagnosed and successfully treated. For more information, visit truthcures.org or email Laura Hovind at truth@truthcures.org.

TruthCures is a registered 501(c)3 nonprofit organization dedicated to restoring a valid case definition for Lyme disease so all affected people can be accurately diagnosed and successfully treated. 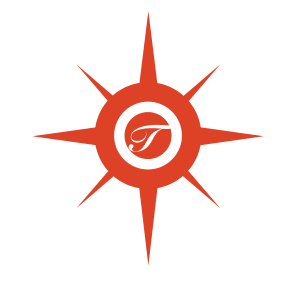