Across Platforms, Inc. Files Its Provisional Patent Application for ClickableTV™

Boston, Massachusetts, February 1, 2018 (Newswire.com) - Advertisers continue to struggle with the problem of ad-skipping technologies. ClickableTV solves this problem with a new and exciting platform that will turn Live and DVR TV into Pay per click moments where the viewer can click an ad to purchase a product or get a coupon.

This week, Across Platforms, Inc., announced that its provisional patent for the complete ClickableTV process and technology has been filed. The patent application was filed on November 28, 2017, and is titled "Digital Media Response Detection System,“ and the source document for previously filed utility patents.

Clickable video advertising, or more broadly, digital media response detection systems offer a solution: providing a way to detect, transmit, and store consumers’ reactions to hyper-targeted Internet digital media presentations. The system, designed for TV Everywhere and SVOD ad-supported premium TV solutions, described in the patent allows marketers to purchase audience responses to digital media presentations efficiently and reliably, along with sales and other information associated with those responses (clicks, voice commands or other forms of interaction) separately from what marketers pay for video impressions.  Typically (by example) advertisers might pay television networks for video impressions and through this system, the advertiser would additionally compensate these same pay television networks or program distributors a percentage of e-commerce sales derived from the clickable advertisement or pay those same networks or program distributors on a per click or per response basis.

Across Platforms, Inc. was founded in 2010. Founder Michael Kokernak brings in-depth knowledge and experience to interactive television technologies and commercial advertising. His past successes include publishing the Subchannel Report, the television industry's only newsletter that tracks the growth in networks deployed by broadcast television. He has received several other patents in the interactive television space.

Mr. Kokernak believes the ClickableTV platform will totally disrupt the status quo of the cable and advertising industries. “As more ad-supported premium TV content is watched on browser and mobile phones naturally clickable advertising in this environment will be commonplace," said Michael Kokernak. "Viewers simply click an ad while watching a mobile phone or browser. Their viewing experience is not interrupted; a new web page is opened, and they can buy products or services using Clickable TV's tokens held in their account." With Clickable TV, advertisers will be able to harness Internet metrics, targeting their audience to create a truly cost-effective campaign. To learn more about Clickable TV visit the official website at http://www.acrossplatforms.com. 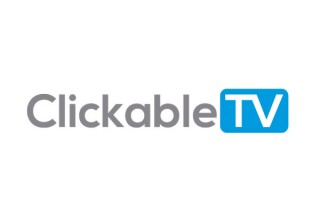 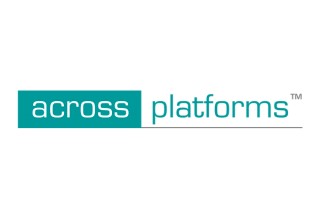