Advertisers continue to struggle with the problem of ad skipping technologies. ClickableTV solves this problem.

BOSTON, January 29, 2018 (Newswire.com) - Advertisers continue to struggle with the problem of ad skipping technologies. ClickableTV solves this problem with a new and exciting platform that will turn Live and DVR TV into Pay per click moments where the viewer can click an ad to purchase the product using Cryptocurrency.

This week, Across Platforms, Inc., announced that its patent for a Digital Media Response Detection System is now pending. The patent application was filed on January 10, 2018 and is titled "System and Method for Facilitating Clickable Links Embedded Digital Assets using A Blockchain Ledger." This is the foundation of the Company's ClickableTV technology. Basically, it is a system and method that relates to a decentralized infrastructure and system, including smart contracts to facilitate clickable links embedded in multimedia content using blockchain ledgers. The computer-implemented method receives the multimedia content which includes a clickable link embedded in the content. When a user clicks the clickable link, the system then retrieves one or more web links that allow the user to view an advertised product or service associated with the embedded link.

The system enables activation of one or more ClickableTV cryptocurrency tokens, and then detects and stores any of the user's interaction events performed while viewing the advertised product or service. If the user desires to purchase the product or service, the system than uses the activated tokens for payment. The system generates a registration entry associated with the detected interaction events; the registration entry is then added to the decentralized blockchain ledger and distributed to a plurality of nodes in the decentralized blockchain ledger management system.

Across Platforms, Inc. was founded in 2010.  Since its inception, the Company has earned over $3.5 million in sales to date. Founder Michael Kokernak, brings in depth knowledge and experience to interactive television technologies and commercial advertising. His past successes include publishing the "Subchannel Report," the television industry's only newsletter that tracks the growth in networks deployed by broadcast television. He has received several other patents in the interactive television space.

Mr. Kokernak believes the ClickableTV platform will totally disrupt the status quo of the cable and advertising industries.

"It provides viewers with a seamless interactive experience while at the same time providing advertisers with accountable ad-supported premium TV content," said Michael Kokernak. "Viewers simply click an ad while watching a mobile phone or browser. Their viewing experience is not interrupted; a new web page is opened, and they can buy products or services using Clickable TV's tokens held in their account."

With Clickable TV, advertisers will be able to harness Internet metrics, targeting their audience to create a truly cost-effective campaign.

To learn more about Clickable TV ICO  visit the official website at http://www.clickabletv.io. 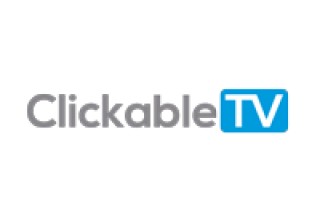 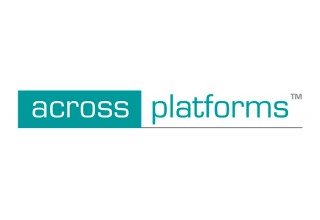