BELLEVUE, Wash., April 22, 2021 (Newswire.com) - Teal Communications, an IoT software and private networking company, is pleased to announce the addition of telecommunications veteran Glenn Lurie to its Board of Directors.

Lurie is the former President, CEO, and member of the Board of Directors at Synchronoss Technologies, bringing an intimate knowledge of the telecommunications, wireless, and IoT industry to Teal. Prior to joining Synchronoss, Lurie was the President and CEO of AT&T's Mobility and Consumer Operations business where he helped run the nation's leading telecommunications company.

Teal recently announced its $9.2 million Series A to fuel the growth of its intelligent eSIM platform and to expand its services into new verticals. The company is at the forefront of the extremely fast-growing IoT, Private LTE & 5G space, and also recently announced its participation in the 5G Open Innovation Lab, which counts Intel, T-Mobile, Microsoft, Dell, and others among its founding partners.

"I am excited to be joining such a fantastic young and talented company that is focused on solving connectivity issues and driving innovation to the IoT and private network space," said Glenn Lurie. "Having been in the IoT business from the beginning and seeing how it has matured, I believe Teal's solutions have the ability to accelerate growth for the whole industry." 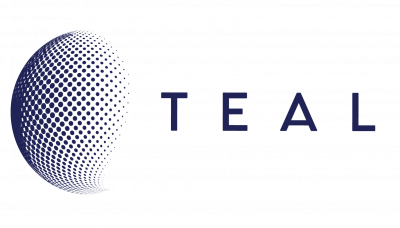 Starship Technologies Partners With TEAL to Improve the Reliability of Delivery Robots on College and Corporate Campuses
Starship gains the flexibility to choose which networks its delivery robots connect to with next-gen eSIM technology.
TEAL - Dec 7, 2022